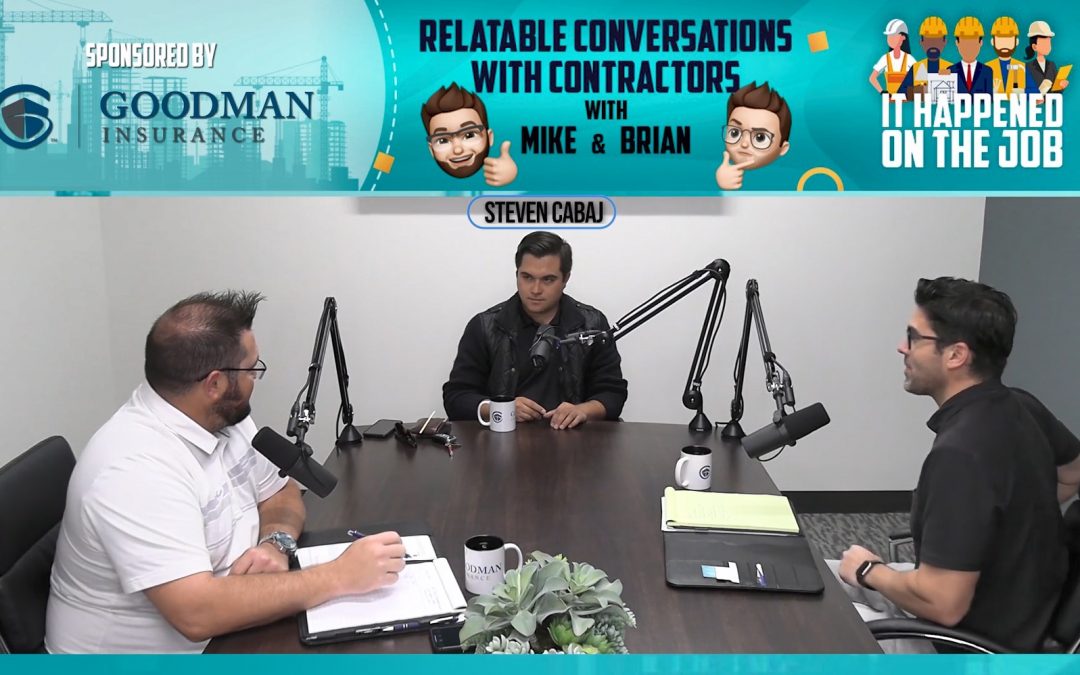 Mike and Brian are joined by Steven Cabaj, President of ETS. Graduating college with a degree in Mechanical Engineering, he went straight to work as a Systems Engineer for his dad’s company, Electronic Control Systems. The company had grown to 200 employees after 20 years before his father sold off the company. Shortly after selling off the company, Steven started ETS in 2016 which specializes in low voltage installation of building automation systems. The specialty was realized after his partners, who were project managers – essentially boots on the ground – with the former company, found that to be a major pain point that needed to be addressed. Check out Steven’s episode to learn how they were able to overcome their biggest obstacles to starting the business, how they were finally awarded projects, and how they’ve been able to grow to 30 employees in just a few short years! 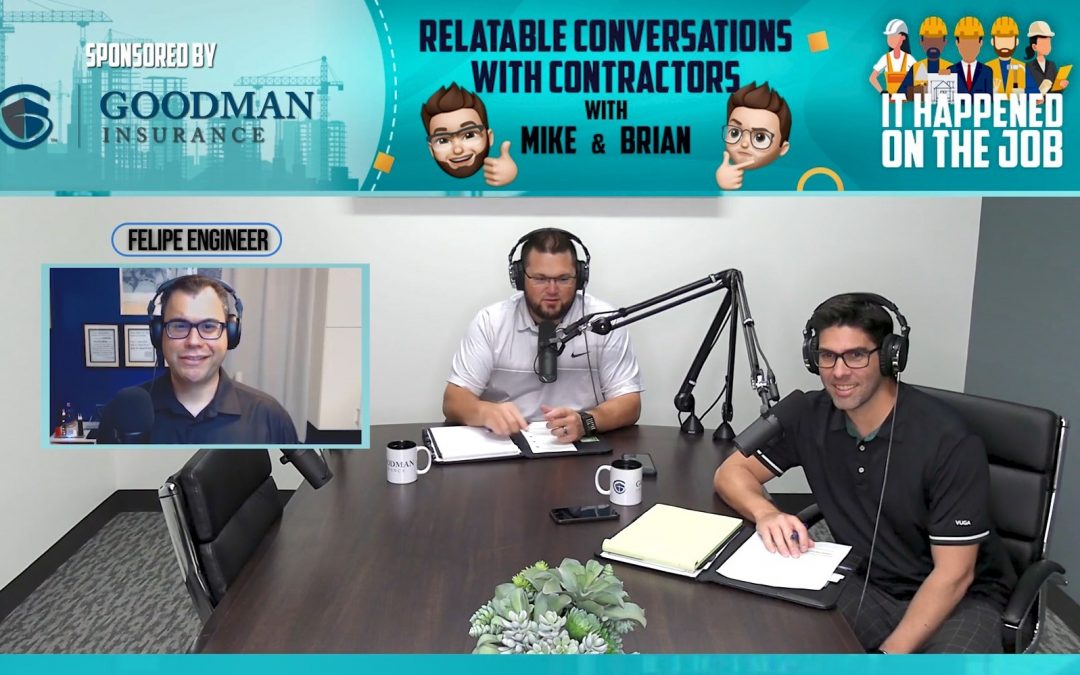 Mike and Brian are joined by Felipe Engineer, Lean Director of McCarthy Building Companies, Inc. and Podcast Host of The EBFC Show. Felipe graduated with a degree in electrical engineering and went right to work as a Project Engineer for a large construction company. After a few years in the Midwest, Felipe made the move west and went to work for McCarthy and, through the process of working there, adopted the Lean methodology. Lean thinking is a way to design systems to minimize waste of materials, time and effort in an effort to generate the maximum possible amount of value – making it Easier, Better, Faster, and as a result, Cheaper. Hence the EBFC Show – or the Easier, Better, Faster, Cheaper Show. Felipe is a leader in Lean Thinking in Construction – so, if you’re interested in cutting the waste and finding better solutions to close out jobs faster and cheaper, then Felipe Engineer is your man. 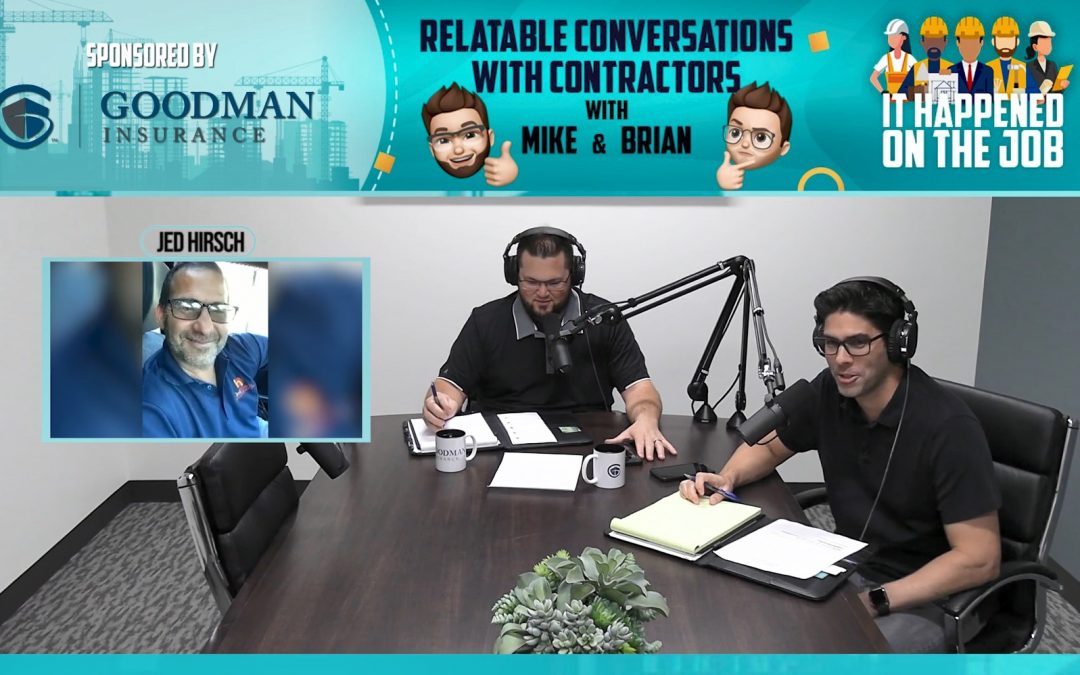 Mike and Brian are joined by Jed Hirsch, President of Jed Hirsch General Building Contractors, Inc. Since he was a little guy, all he wanted to be was a carpenter. Christmas and birthday presents consisted of drills and tools. In fact, the building department made a habit of stopping by his childhood home in Hollywood to inspect his latest projects in the backyard. Eventually fulfilling his calling as a carpenter, he moved to Santa Barbara and worked for 20 years in carpentry. In 2000, he got his contractor’s license, opened up Jed Hirsch General Building Contractors, and took on the new role with enthusiasm. Today, Jed Hirsch General Building Contractors holds themselves to the highest possible standards, striving for excellence in every project they take on – specializing in building, remodeling, upgrading and accenting fine homes in the Montecito, Santa Barbara, Carpinteria, Santa Ynez, and Goleta areas. 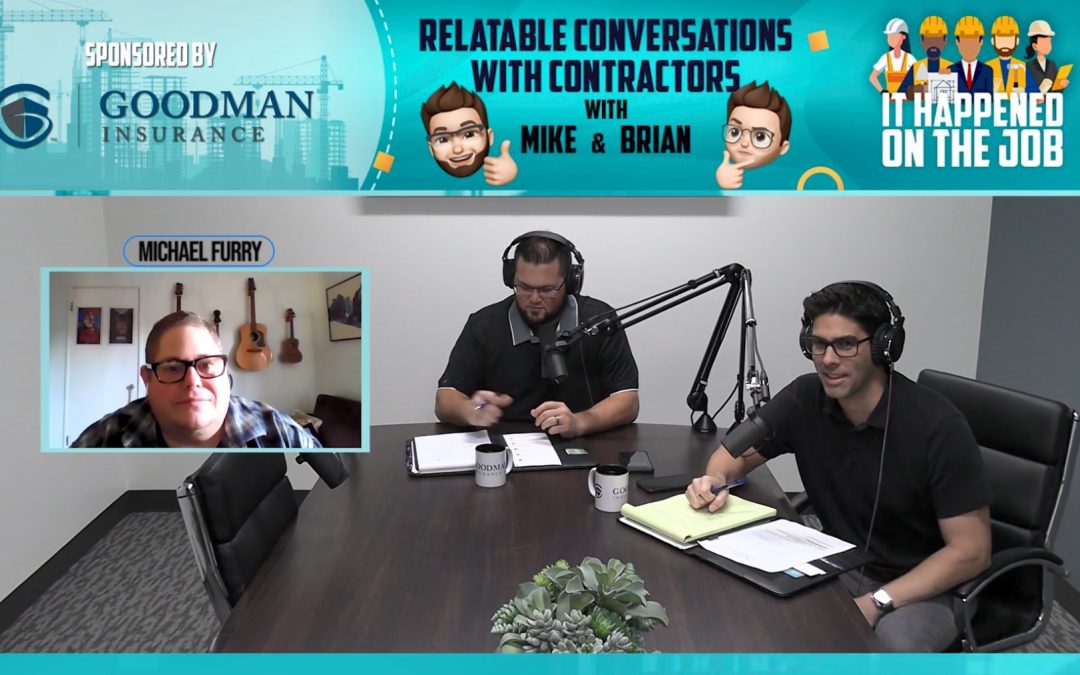 Mike and Brian are joined by Michael Furry, Founder of The Yard Lab and Project Engineer at GCI General Contractors. Growing up in a small town like Michael’s when he was young, you either found yourself working in the bar or working construction. That said, he did both… busing tables and construction. After graduating college, he tried his hand as a comedian and realized quickly he needed to make money which led him back to the trades. Now as a Project Engineer at GCI and Founder of The Yard Lab, he’s an analytics guru in the construction industry! 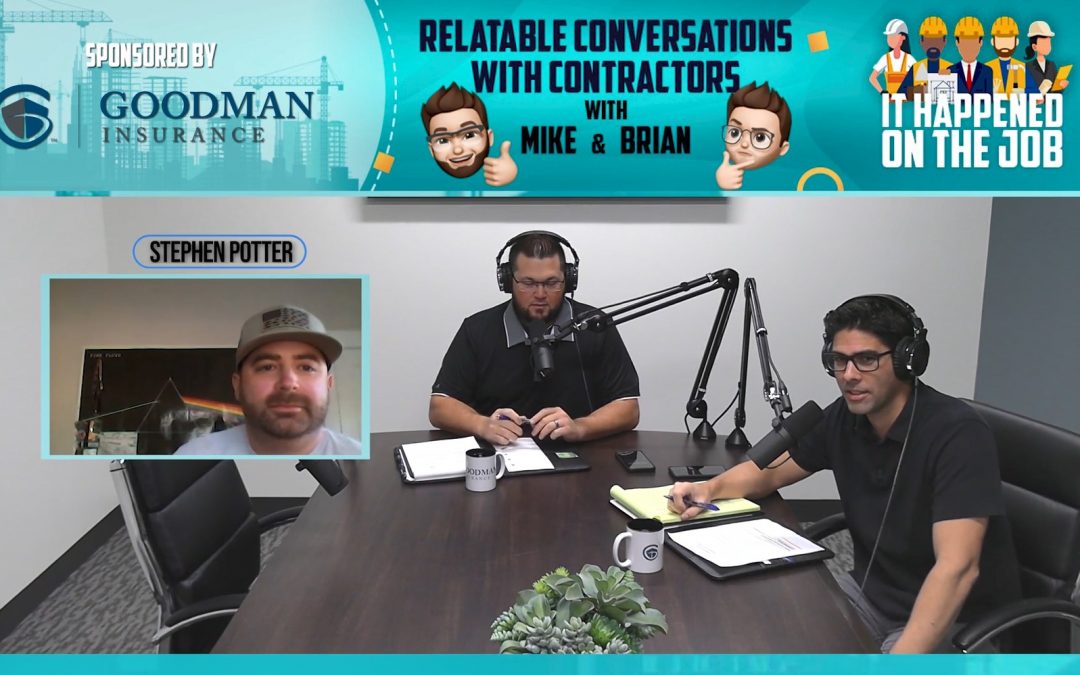 Mike and Brian are joined by Stephen Potter, Owner/Operator of Potter’s Custom Floors. Stephen started as a kid working for his girlfriend’s stepdad’s hard wood flooring construction company. Eventually, he made the jump to be master of his own destiny and start his own company. The purpose – to focus on the excellence in his craft and avoid the corporate rush. In addition, he’s created systems and a playbook to keep him organized for each job – talk about unique! Especially for a one man show. On top of all that, he’s an award winning flooring contractor – winner of the 2020 NWFA Wood Floor of the Year! 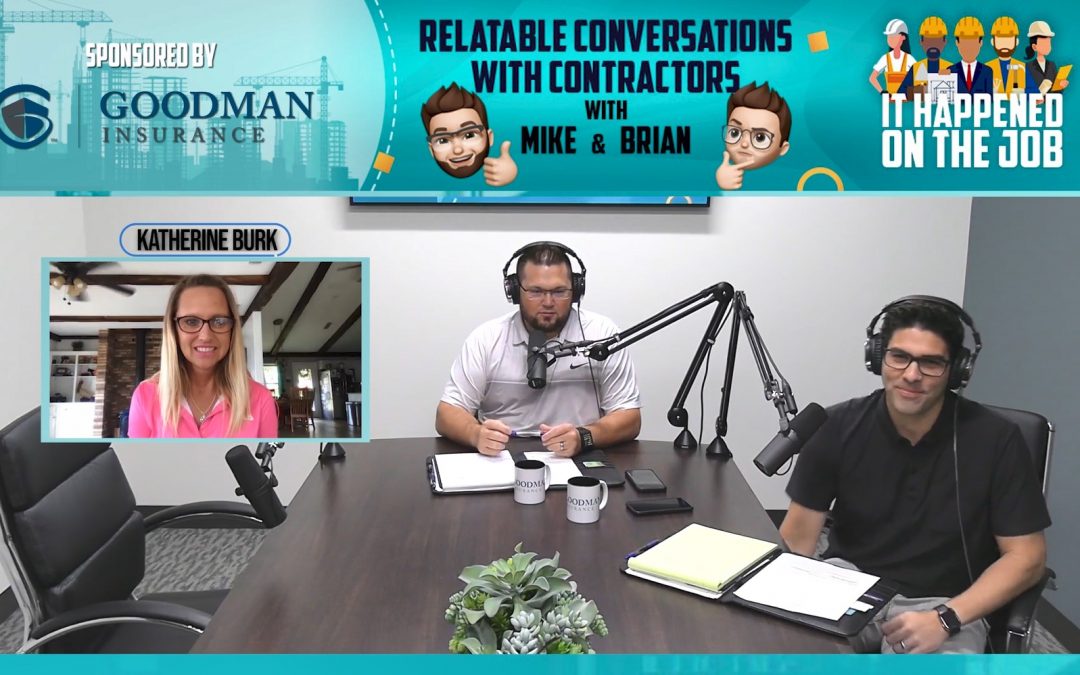 Mike and Brian are joined by Katherine Burk, Owner of Katherine Burk Consultants, LLC and representing CTJ Energy Solutions. With 27 years in the oil and construction business in Texas, Katherine started her own consulting company in June, 2020. Katherine Burk Consultants creates video narratives from the unique daily perspective of real blue collar workers in a way only she can really tell. Knowing that tradesman are what keep our country running, she’s able to feature the capabilities of the oil and steel fabrication industries. Huge thanks to Katherine for joining us! 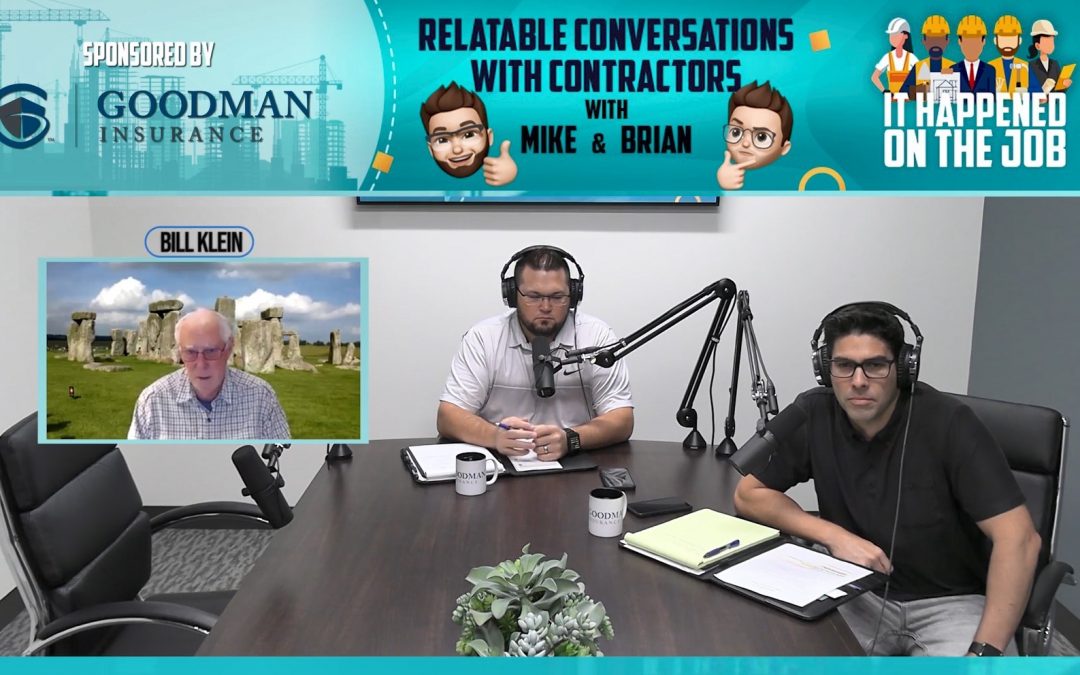 Mike and Brian are joined by Bill Klein, Partner at CFOs2Go. With a family background in construction, Bill was drawn to the numbers and helping contractors understand the “Blackbox” that can be the finances of the operation. After listening to how they’ve helped contractors keep their cash – not just in terms of taxes, but also with not-so-honest employees, you’ll quickly see how their services are essentially paying for themselves. Huge thanks to Bill for sharing his insight on the show! 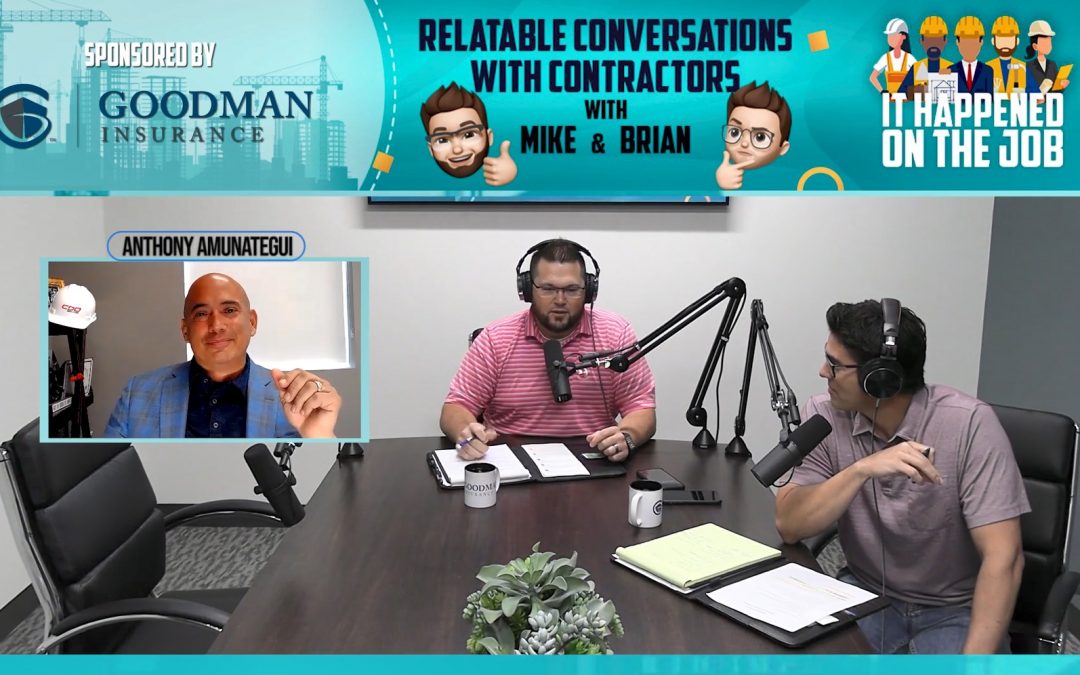 Mike and Brian are joined by Anthony Amunategui, Founder of CDO Group, Inc. Starting in college painting houses, Banana Republics, and Discovery Zones – he was discovered, at a Discovery Zone of all places, by a Project Manager for his extreme efficiency and craftsmanship as a painter. That led to a paid trip for an interview to Chicago for a Junior Coordinator position. He got the job, was given a company credit card, and was paid to travel to places like Puerta Rico, California, and Hawaii and he was hooked! In addition, their team dramatically lessened the time to build these Discovery Zone playgrounds to just under 7 days! He was able to take what he learned to Boston Chicken (known now as Boston Market), Einstein Bagels, Au Bon Pain, and Panera Bread – and in all these cases, he did so well that he literally built himself out of a job. And that’s how the idea of an outsourced construction management group was conceived and CDO Group was formed. With clients like Hampton Inn & Suites, McDonalds, TGI Friday’s, Kate Spade, Gap, Mac Cosmetics, Ann Taylor, and Dunkin’ Brands, you can easily see how Anthony was able to make CDO Group a highly sought after company. His genuine enthusiasm and love for construction, new concepts, empowering people, and daily seek after self improvement has fascinated us and we think it will do the same for you. If you’re looking to shatter that glass ceiling that’s holding you back, this is your episode! 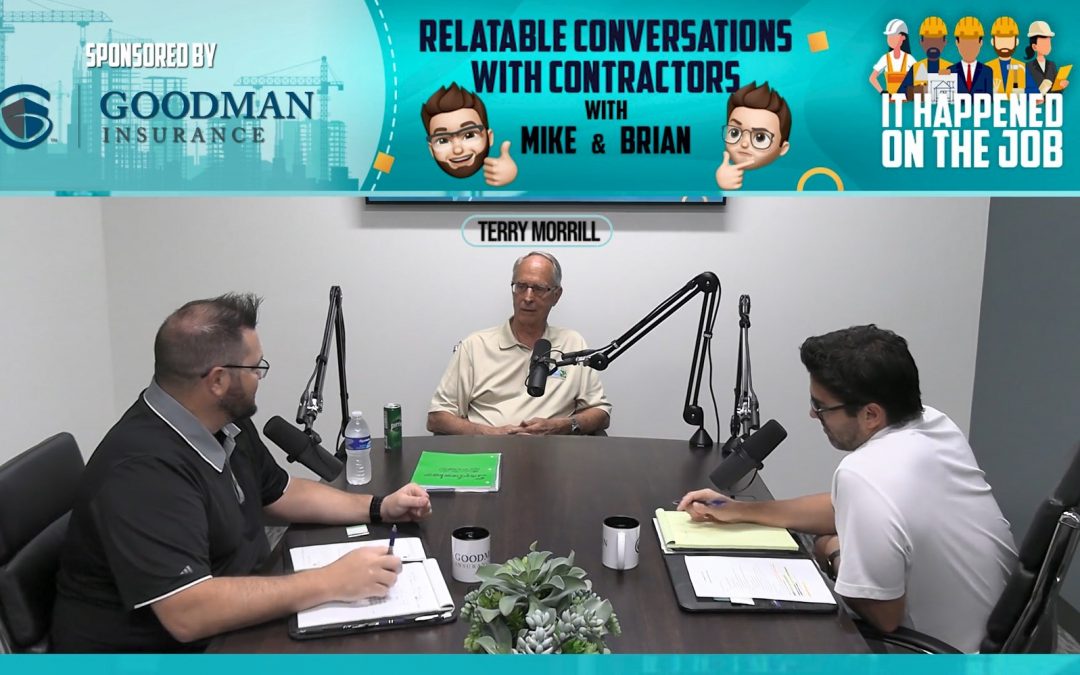 Mike and Brian are joined by Terry Morrill, General Manager and Founder of Pacific Outdoor Living. With a degree in Structural Engineering at Cal Poly San Luis Obispo, Terry started with apartment renovations until the market crashed in 1990. He bounced around to different jobs and industries for the next several years and hated it. He went down to Cabo San Lucas and started a construction company there and operated there before being forced out of business at which point he came back to California and started a hardscape landscaping contracting company specializing in paving stones. Eventually, that turned into Pacific Outdoor Living. With a knack for systems and qualifying, Terry’s developed a very financially successful landscaping firm in the Los Angeles area. 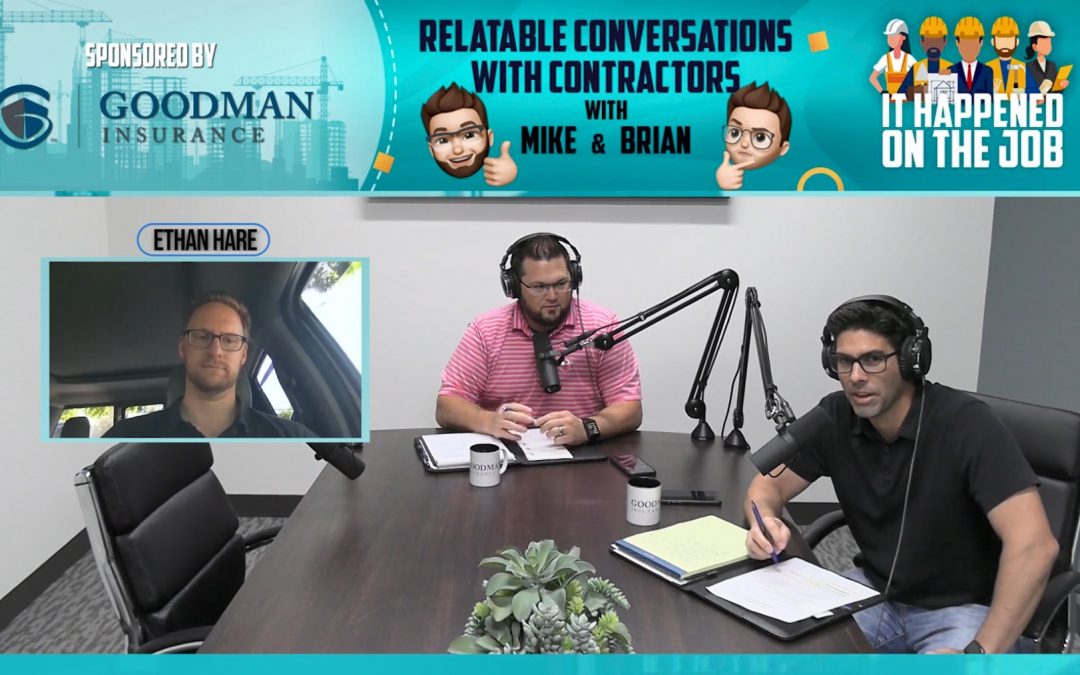 Mike and Brian are joined by Ethan Hare, President and CEO of Hare Construction. With a knack for building things and businesses when he was a kid, his introduction to construction came in high school when a friend’s dad offered $10 an hour in cash to demo a job site and he was hooked! Eventually moving into a project management role for a different company, Ethan added a number of different types of industries to his construction experience including residential, school campuses, public works, hotels, restaurants, country clubs, and medical. He was able to blend his experience and apply it to his new business – orignally called Weekend Warriors and eventually became known as Hare Construction. With 20% growth year over year and utilizing software to help assess the best hires, you can see why Hare Construction has been so successful since their inception in 2006.